Examples of broken chords for piano.

In its most simple form, this is how a series of broken chord could look like in a note system: 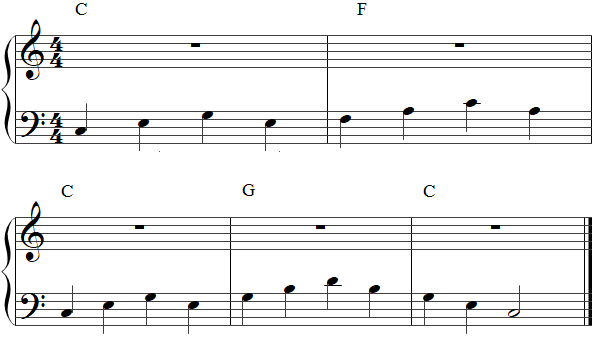 Notice how F is used as a static bass note in the second bar. Also notice how the note lines turns back in the third bar with fingerings 1-5-3 makes the thumb ready for playing the first tone in the next chord (C). The C7 chord in bar four includes only three notes since the third is omitted, a common practice which makes the chord fit the overall pattern. 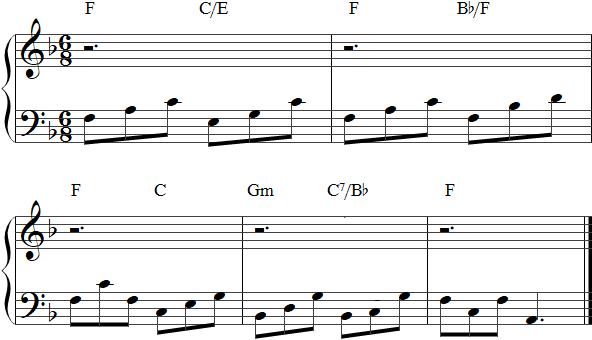 To this, some notes could be added in the g clef, to enhance the harmony: 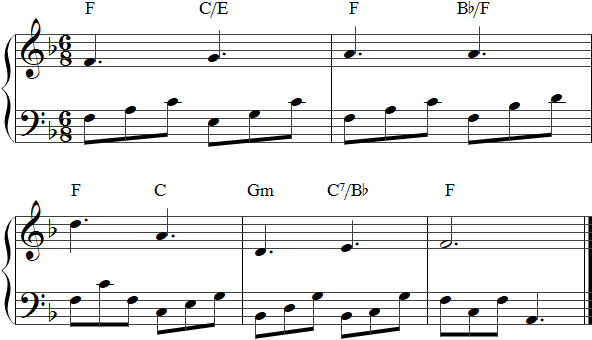 When you play broken chords, you could experiment with your sustain pedal (sostenuto) – if you have one – to get a sound you like.

A special accompaniment figure is the so-called Alberti bass, named after the 18th Century Italian composer Domenico Alberti. The broken chords symmetry starts with the lowest followed by the highest, to the middle and back to the highest note. All in eighth notes, which means that two figures can occupy one bar in 4/4 time. This accompaniment style is common in classic music and played with the right hand while the right hand is taking care of the melody. 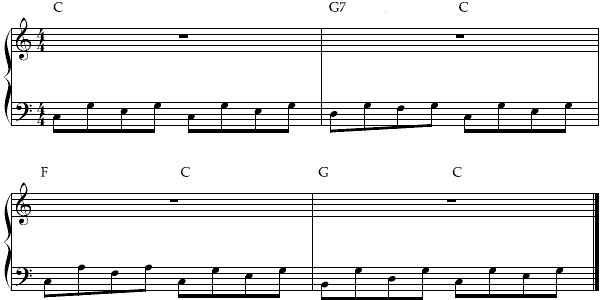 In waltzes is the 3/4 time signature very common and a pattern that follows from this for the left hand is to play the chord in three parts. The first part is one note and the second and third part, which are repeated, include two notes. Here is an example: 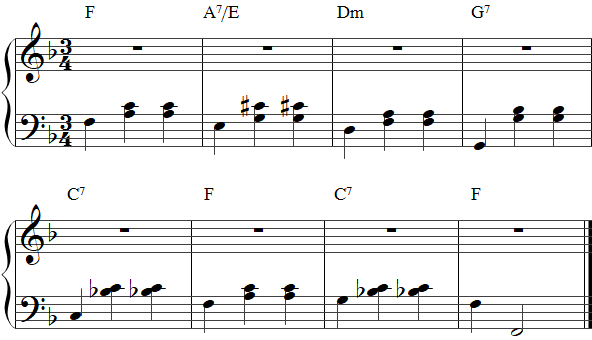 Once again, we could add some notes to the g clef: 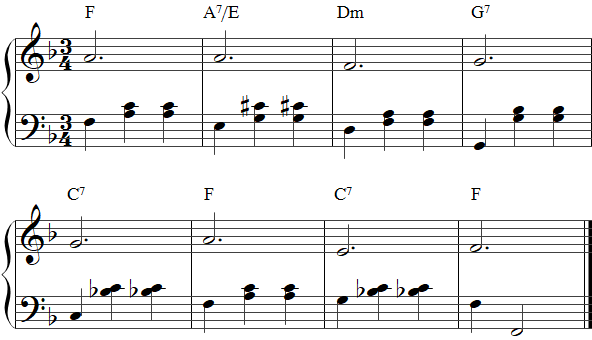 The way g clef is played is not typical for waltzes, but used here as a simple demonstration.